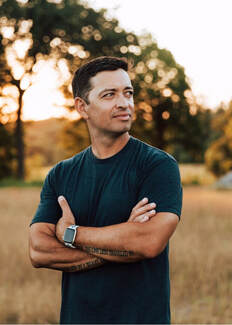 C. G. Cooper is the USA TODAY and AMAZON BESTSELLING author of the CORPS JUSTICE novels, several spinoffs and a growing number of stand-alone novels.

Fiction has the power to change lives.

Pay a visit to Cooper Country and you’ll understand why. With his unique voice and flair for creating characters you’d love to hang out with, C. G. Cooper imparts every one of his novels with messages that perfectly illuminate what Faulkner called, “the human heart in conflict with itself.” In them, characters confront hard truths about life, the necessity of war, the military industrial complex, and why and how good men and women die.

But there are messages within the messages.

There is the power of the individual to triumph over evil against overwhelming odds; the struggle of good people against their inner demons; there is brotherhood, family, the discovery of allies in unexpected places, struggles with faith; there is community; there is authenticity; Cooper’s heart is on every page, beating hard and fast through action and moments of tenderness alike.

This is Cooper Country. Lives will change.

Drawing on his days as an infantry officer in the United States Marine Corps—a stint that came on the heels of a degree in foreign affairs from UVA—Cooper sifted his experience through his vivid imagination and created Corps Justice, the first novel in the beloved Corps Justice series. Thus, a band of characters was born that would go on to enthrall readers throughout 18 novels and counting. With more than 2 million book downloads and multiple appearances in the Amazon Top 100, C. G. Cooper remains one of the most successful USA TODAY and Amazon best-selling authors.

In 2020, he won the prestigious James Webb Award presented by the Marine Corps Heritage Foundation for his novel Chain of Command.
In addition to bouncing around the country in search of the perfect vacation (turns out, it is anywhere with his family), Cooper has called Nashville home ever since his final Marine duty station. When not enjoying the laid-back lifestyle of Music City, he’s doing his best to add more novels to the growing list at cg-cooper.com.

Join his private reader headquarters at http://TeamCGCooper.com
​
Cooper loves hearing from readers and responds to every email personally. You can reach him at cgc(at)cg-cooper.com